Game's pretty incomplete. Only spent 2 days on it.

The game is loosely based on the Advance Wars Series. It may be fairly difficult to clear for those that are not familiar with its mechanics.

Unzip file and run the .exe

i miss my artillery, I would never ever send my infantry and weaker tanks to beat up a md tank alone. Unless my CO was Neil or Flak of course.

I feel like there must be some mechanic I'm oblivious to because of how badly the big tank overpowers all of my units, even during my turn.

The enemy's medium tank does stupid amounts of damage and is a bit resistant to most of the units the player has.  You'd have to take advantage of the fact that the attacker gets to deal damage and reduce the defender's unit strength first to beat the MdTank. It is possible to finish this map with no units getting wiped out.

A few of the people who tried during the jam managed to only have 1 or 2 units die too. These guys are the ones that had some familiarity with the advance wars series.

God I'm bad at tactics games, never played Advanced War but clearly its too advanced for me. Big tank kills me good

Real cool that you got so much done man, music choice a bit too chill for me as I'm getting slaughtered

Plot twist: Cirno's actually chill'in in the big tank playing the chill music while steamrolling you. 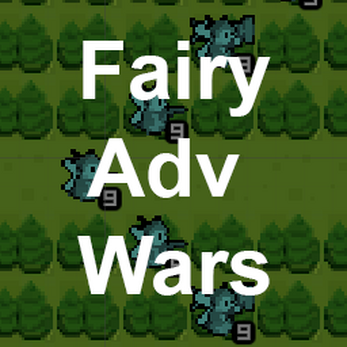